Jane Brown | Island of the Colourblind 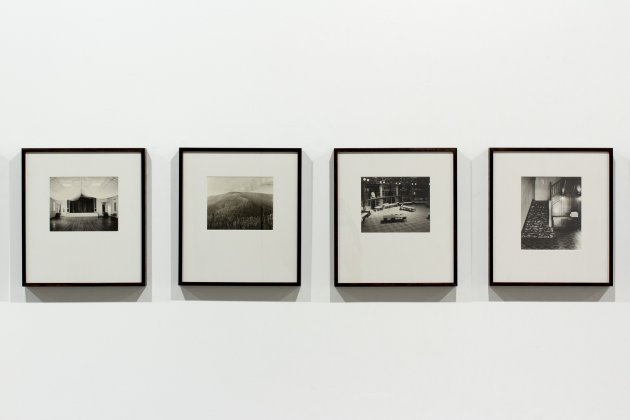 The photographic work of Jane Brown has been described as both mournfully beautiful and ambiguous in timeframe. Entirely monochrome the work often meditates on the conjunction of histories, when one historical moment is about to be displaced by another. In the context of film photography, Brown enacts this not only in the subjects she documents but also in the materiality of the work itself – she suspends time on film and prints by hand, using gelatin silver chemistry and fibre-based photographic papers. Her practice explores the space between time and place, bearing witness to a world that appears devoid of the human figure, yet completely articulated by human touch. It is this tension, this disquiet that holds Brown’s poetics.

The exhibition title refers to The Island of the Colorblind, the 1997 book by neurologist Oliver Sacks about the Micronesian atoll of Pingelap, where approximately 5% of the population are affected by achromatopsia, the colour vision disorder characterised by the inability to perceive colour.

Brown states that the ‘monochrome is used to differentiate the living and the dead, the past and the present. It has the ability to transcend the constraints of time, memory and death. I examine this in my work – landscapes seem to have vestiges or traces of past life and memorials become otherworldly.’ The moments she captures – the lonely decorations adorning a stilled pool; the chairs stacked and waiting in the burned out observatory; the domestic cat skin proudly splayed on the wall; a mountain that appears weightless, feathered with trees – are poised somewhere between nostalgia and an awareness of the uncanny in our contemporary world