Joyce Hinterding is the subject of a chapter in 'Earth Sound Earth Signal' by Douglas Kahn, University of California Press

Earth Sound Earth Signal by eminent is a study of energies in aesthetics and the arts, from the birth of modern communications in the nineteenth century to the global transmissions of the present day. Douglas Kahn begins by evoking the Aeolian sphere music that Henry David Thoreau heard blowing along telegraph lines and the Aelectrosonic sounds of natural radio that Thomas Watson heard through the first telephone; he then traces the histories of science, media, music, and the arts to the 1960s and beyond. Earth Sound Earth Signal rethinks energy at a global scale, from brainwaves to outer space, through detailed discussions of musicians, artists and scientists such as Alvin Lucier, Edmond Dewan, Pauline Oliveros, John Cage, James Turrell, Robert Barry, Joyce Hinterding, and many others.

Douglas Kahn is Professor of Media and Innovation at the National Institute for Experimental Arts at the University of New South Wales, Australia. He is author or editor of several books, including Noise Water Meat: A History of Sound in the Arts (1999), Source: Music of the Avant-Garde (2011) and Mainframe Experimentalism (2012).

"Earth Sound Earth Signal is a mind-expanding, ear-opening book, at once a history of electromagnetism in the arts and a provocation to rethink the relationship between media and nature. With erudition and wit, Kahn tells the stories of artists, scientists, and engineers who have made audible the way our planet buzzes, crackles, hums, and whistles, from the ionosphere to the deepest depths of the oceans. The result is a strikingly original work about sound, aesthetics, politics, and the envinronment" —David Suisman, author of Selling Sounds: The Commercial Revolution in American Music

The book launched in November 2013 at COFA Galleries, Sydney, and is available here 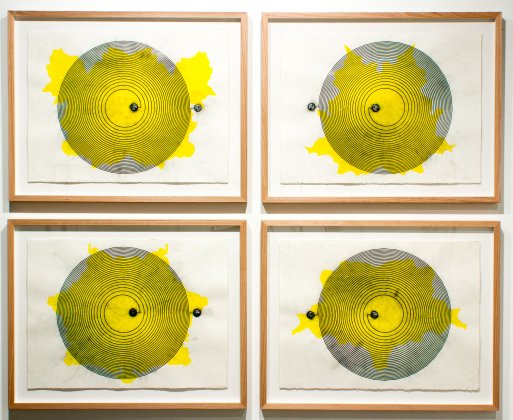